Geno Auriemma recalls the conversation he had with freshman Paige Bueckers before the game about stepping it up with junior guard Christyn Williams out. After the game and a poorly attempted three-quarter court bounce pass, however, the coach had a differ...
Added 2 Years ago (Thursday, Feb 4, 2021, 08:30)
rated 1 times (+1)  (-0) - comments: 9 - hits: 514 - www.yahoo.com

goodtimeguy
The question being posed here is: “[W]hat happened to Yahoo comments?” Comments on Yahoo news stories have recently been removed by the technology giant. Why, one understandably wonders? So close to a General Election occurring in the United States, is it merely coincidental, or is there a nexus between the two events?

Perhaps it is because the many comments received by Yahoo, when reviewed by its reviewers, ascertained that too many of them do not accord with the general political orientation being generally espoused by Yahoo’s editorial policies as reflected in its various news articles and opinion pieces. Perhaps the Yahoo reviewers, much to their disappointment, have determined that the Nation’s Silent Majority may in fact not be quite so silent, especially when it comes to commenting on the Yahoo News forum and its news stories.

I myself am a big fan of the Yahoo News Comments sections tied to its many daily news articles for several reasons.

First, I find them highly informative and can learn much (and have) from other commenters observations regardless of whether I agree or disagree with the views expressed therein. Second, I find many of the comments made on Yahoo News stories to be humorous, sometimes extremely so, sometimes ingeniously so, and many of the comments are much improved upon thanks to the many commenters adding an apropos GIF, which the Yahoo platform has heretofore kindly allowed its commenters to employ. Third, in some cases it can be seen by reviewing the comments, that some readers ostensibly overlook reading the articles, claiming that, “I came for the comments,” which, in many cases given the otherwise controversial or shocking subject matter of the news article or opinion piece, is perfectly understandable. The Comments sections of Yahoo news articles, alone, can be a hoot.
(+0) (-0) submitted 2 Years ago, Tue, Feb 9, 2021, 11:27:29

Only registered users can leave comments. 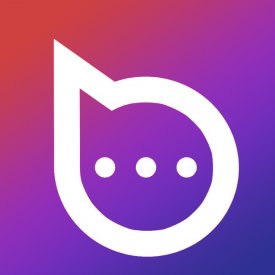 Member since Dec 2, 2020
Location: United States
Follow
Following
User not following anyone yet.

Never let your best friends get lonely, keep disturbing them.
Rishi Sunak has had a torrid first 100 days as Britain's leader. But the Conservatives might not be doomed | CNN
reggie | Feb 5, 2023 at 02:18

A love for tradition has never weakened a nation, indeed it has strengthened nations in their hour of peril.
US military to gain expanded access to Philippines bases in efforts to counter China | CNN
poopface | Feb 5, 2023 at 02:12

To the guy who created imaginary numbers in math: I hate you.
Lily Allen and David Harbour show off their eccentric Brooklyn townhouse - CNN Style
pentagon | Feb 5, 2023 at 02:06

To learn who rules over you, simply find out who you are not allowed to criticize.
US turns up the heat on Middle East allies in bid to stop Russia's war machine | CNN
PatMall | Feb 5, 2023 at 02:00

You already hold the most valuable possession you will ever own, your integrity.
Peshawar suicide bomber was Pakistani Taliban disguised as policeman, official says | CNN
DonaldTrump | Feb 5, 2023 at 01:51

Always keep your mind strong with thoughts of positivity; your head up with full confidence and a big smile on your face, because you truly have greatness in you.
South Africa tourism in talks to sponsor Tottenham Hotspur amid energy crisis | CNN
patty | Feb 5, 2023 at 01:39

A toxic person is never at fault - or so he or she thinks.
Israel and Sudan finalize text of peace agreement, says Israeli foreign minister | CNN
american | Feb 5, 2023 at 01:36